The route to AIM 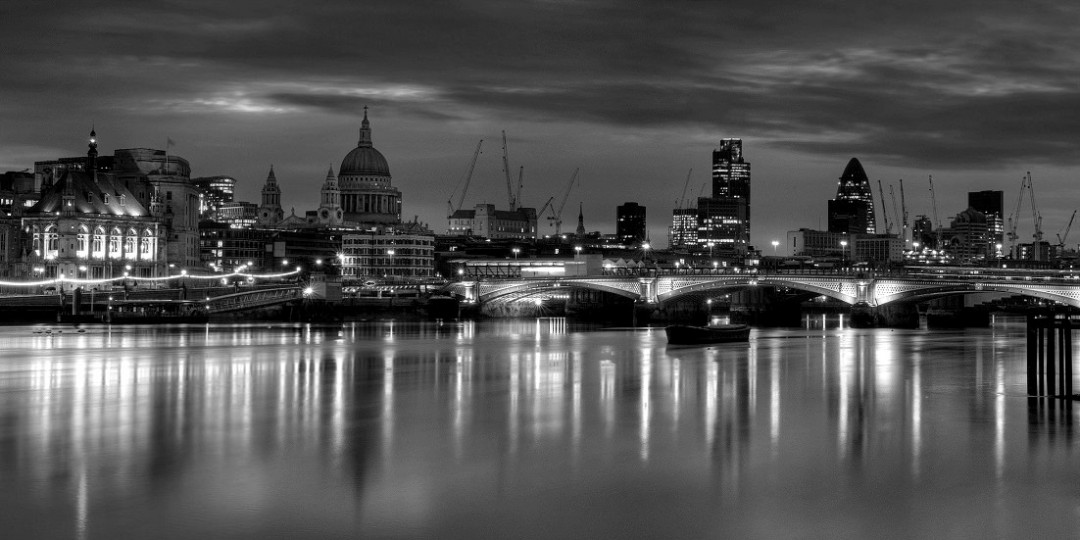 AIM is the London Stock Exchange’s Market for the listing of smaller, growing companies whatever their country of incorporation. Although it has an extensive rule book and the activity and behaviour of its members is monitored by its nominated adviser (Nomad) it is structured to provide the flexibility that companies require to facilitate their growth by way of fundraising and/or acquisition. Since AIM opened in 1995 approximately 1,300 companies have been admitted to it and these companies have raised approximately £10 billion on or subsequent to admission.

WHAT ARE THE PROS AND CONS OF A LISTING?

The Pros: Reasons for Going Public

The relative importance of each argument in favour of a listing depends on the company’s precise circumstances.

Access to capital for growth: A listing brings a company the opportunity to raise equity finance, both at the time of the initial listing and through further capital-raising at a later stage.

Providing a market for your company’s shares: The creation of a public market at an externally agreed price stimulates liquidity in the shares, and gives shareholders the opportunity to realise the value of their holdings. This can help to broad the shareholder base, and enables existing investors – whether venture capitalists or other owners – to exit, if they so choose, either on flotation or at a later date. A key advantage of an AIM listing for your Company when compared with the Main Market is that it is less regulated. There are no minimum limits on capitalisation or on the amount of shares in public hands. It is a condition of listing on the Official List that the expected market value of the shares for which listing is sought be at least £700,000 and that at least 25% of the shares be in public hands by the time of admission to listing.

Employee commitment: A public market in the shares means employee share ownership schemes have a visible value and market for trading. This encourages employees’ participation in the ownership of the company, and increases their long-term commitment to the business. This in turn helps the company to recruit and retain good staff.

Ability to take advantage of acquisition opportunities: Greater access to capital and the capability to issue paper with a market value as an acquisition currency, can increase the potential to make acquisitions of private or quoted companies.

Higher public profile: The listing on a public market inevitably means that the business and its activities will receive more extensive coverage in the press, thus widening the awareness of the company and its products. This heightened profile in turn can help to sustain demand for and liquidity in the shares.

Reassurance for customers and suppliers: Companies coming to market tend to find that the perception of their financial strength within their own industry is transformed. This is especially true of a smaller company dealing with much larger customers, who are reassured that the company has received regulatory approval and has undergone a rigorous due diligence process.

The Cons: Reasons for Staying Private

It is crucial that a business considering a flotation appreciates the drawbacks, obligations and costs, both in terms of money and management time, which are likely to be involved. Some of these are one-off effects before and during the flotation process, while others – such as the higher degree of disclosure – continue beyond the listing. Overall, a flotation brings significant responsibilities as well as benefits, since it involves the stewardship of outside investors’ money.

Potential loss of control: The sale of equity in the company inevitably involves ceding a degree of management control to the outside shareholders, whose views must be taken into account. And the need to satisfy shareholders’ requirement for a return on their investment, on a continuing basis, can lead to the company feeling pressure to achieve short-term performance rather than long-term strategic goals.

Disclosure requirements and ongoing reporting: The process of floating, and the subsequent listing, both involve the company in a much higher degree of disclosure and reporting than is required of a private company. This will require additional investment in management information systems, and a more rigorous application of compliance controls.

Loss of privacy: The greater accountability to outside shareholders inevitably means that the directors lose much of the privacy and autonomy they may have enjoyed when running a private company.

Costs and fees: Especially if the company is relatively small, the overall costs involved in flotation, raising additional capital and the ongoing costs of maintaining a listing may be considerable.

Management time: Both the flotation process itself and the continuing obligations may, unless the process is properly managed by the advisers, use up significant amounts of management time.

IS YOUR COMPANY RIGHT FOR A LISTING?

The prime requirement must be that the investment community views your company as an attractive business with good commercial prospects. Assuming that it does, you must satisfy a specific set of criteria.

An additional consideration is the investment community’s view of your company as an attractive business with good commercial prospects.

Though these rules generally apply, there are also some exceptions. For example, a technology company at the “pre profit” research and development stage would not necessarily be prevented from listing – and many such companies have done so.

AIM companies are subject to the requirements of the AIM Rules (a copy of which can be obtained from www.londonstockexchange.com) and the Public Office of Securities Regulations 1995.

Admission Document: Under the AIM Rules all companies must produce an admission document making certain disclosures about such matters as the directors’ backgrounds, the shareholders, business activities and its financial position. There is a fast track route to AIM for companies who have had their securities traded upon an AIM designated market (UKLA Official List, NASDAQ, Deutsche Borse, Australian Stock Exchange, Johannesburg Stock Exchange, NYSE, Stockholmsborsen, Swiss Exchange, Toronto Stock Exchange) for at least 18 months prior to the date of admission to AIM. They can apply without having to publish a full admission document.

Accounts: The company must normally have published or filed audited accounts for a period ending no more than six months before the planned flotation. However, there is no requirement for a minimum trading record.

Track record: The company should have an independent trading and revenue-earning record covering the same period. Also, if the company has made a number of significant acquisitions prior to the flotation, then it must show that these have a suitable track record as well.

Directors: The company’s directors and senior management must show they have appropriate collective experience and expertise to run all areas of the business, and must be free of conflicts of interests which might hamper their ability to do this.

Working capital: The company must be able to show it has enough working capital for its current needs and for at least the next 12 months.

To be suitable and ready to float and attractive to investors, your business should possess the following attributes, many of which are inter-related. In individual cases, other factors may be relevant – but this list will provide you with a good general starting point:

Track record as a sound, well managed business: Investors are generally comforted by the perception that a business has a reliable and relatively broad base of products and customers, and a relatively consistent record of revenues and profits. This is not an absolute requirement, since some companies in sectors such as IT and biotechnology now come to market at the pre-profit stage to enable them to fund the necessary R&D.

Viable and realistic business plan: No one will invest in a business which does set out where it thinks its revenues will come from in the future. The business plan, which forms one of the building blocks for the prospectus, and must be backed up by sound and justifiable projections of sales and costs, with enough working capital to meet the projected requirements.

Management quality and continuity: As potential investors look over your company, the range and depth of its management experience will be a key focus of their attention. They will want to check that the board and senior management include people who have had relatively long experience – preferably several years – in the business. The company should look to identify and plug any gaps in the full breadth of expertise needed to fulfil its business plan. This is where non-executive directors can be very useful. Investors will also look for a management team which shows it is united behind the company’s plans, personally committed to its future, and fully agreed on its objectives.

Corporate governance: Although compliance with the corporate governance requirements as set out in the Combined Code is voluntary, investors will expect to see the development of appropriate corporate and management structures. These will help to reduce the company’s reliance on individuals, thus giving greater security to investors. While some changes might be inappropriate for a very small business, potentially relevant steps may include splitting the roles of chairman and chief executive, the appointment of non-executive directors to the board, and appointing a qualified finance director. Investors may also look for signs of long-term commitment to the business from key staff at and below board level, through contractual arrangements or share option schemes. A further point to remember is that it may be worth considering going beyond the minimum requirements in areas such as accounting controls and corporate governance, and instead to aim for “best practice” as standard. Again, this policy can be instituted well before the flotation takes place, and may help convince advisers and investors of the value and solidity of your business. Beachcroft Wansbroughs place importance on advising directors of their obligations and responsibilities both in the run up to admission and post admission and together with the nominated adviser will take a view as to the appropriate corporate and management structures which require to be in place.

PREPARING THE WAY FOR YOUR FLOTATION

If careful consideration of all the pros and cons shows you that a listing will benefit your company, that it is suited to joining AIM and that the timing in terms of the business cycle appear to be favourable, the it will time to push ahead with preparing the ground. All the necessary steps will be covered in greater depth later in this guide, but these are the main issues you will need to think about

The first step, once you have decided on a flotation, should be to identify and appoint the nominated adviser (“nomad”) for your listing. They will co-ordinate your company’s entry to the market. In addition to solicitors you will also need a corporate broker, which may or may not be the same firm as the nomad. Further advisers needed for the flotation include reporting accountants and you will also probably decide to use public/investor relations advisers who will ensure that the investment community and potential investors become aware of your compoany.

The market value of your business is clearly central to the flotation. If funds are to be raised, it will affect the proportion of the company’s capital which needs to be sold. Also, the value of the business might be affected by any corporate restructuring and board appointments made in the run up to the float. The final valuation achieved on flotation will depend on market conditions at the time.