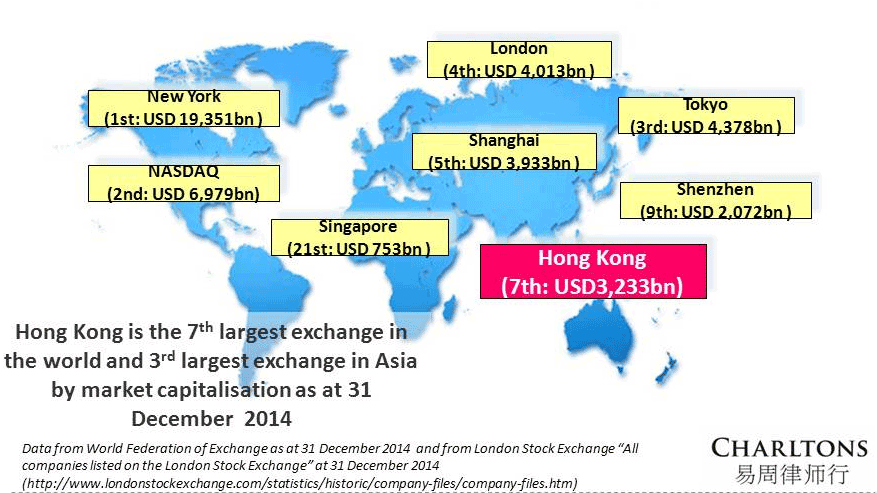 Source: Data from World Federation of Exchanges as at 31 December 2014

Optimistic forecast for HKEx in 2015

Speech given by Alexa Lam, deputy chief executive officer of Hong Kong’s Securities and Futures Commission (SFC), at a conference in October 2014

Issue – whether listings should continue to be restricted to companies with “one share one vote” (OSOV) structure, a rule in place since 1989

Consultation period ended in November 2014 and conclusions are expected soon

short-selling of A shares in Hong Kong