Mergers and acquisitions (M&A) are at the core of our practice. We regularly advise a wide range of international corporate clients on cross border and multi-jurisdictional M&A transactions, complex joint ventures, disposals and general commercial and corporate governance issues. Our client-focused M&A work is defined by creativity and a commitment to careful planning and coordination throughout.

We advise on public takeovers in Hong Kong, including compliance with the requirements of the Hong Kong Takeovers Code, private company acquisitions and disposals in Hong Kong, the PRC and other jurisdictions, transaction structuring, due diligence, private equity and venture capital investments and divestments, direct investment, equity and contractual joint ventures (including, in particular, investment in the PRC) general commercial agreements and documentation, shareholders and management agreement, distributorship agreements, agency agreements, licence agreements, management agreements and outsourcing agreements.

The establishment of operations in Hong Kong

Hong Kong is generally perceived by the international business community as one of the major financial and commercial centres of the world. 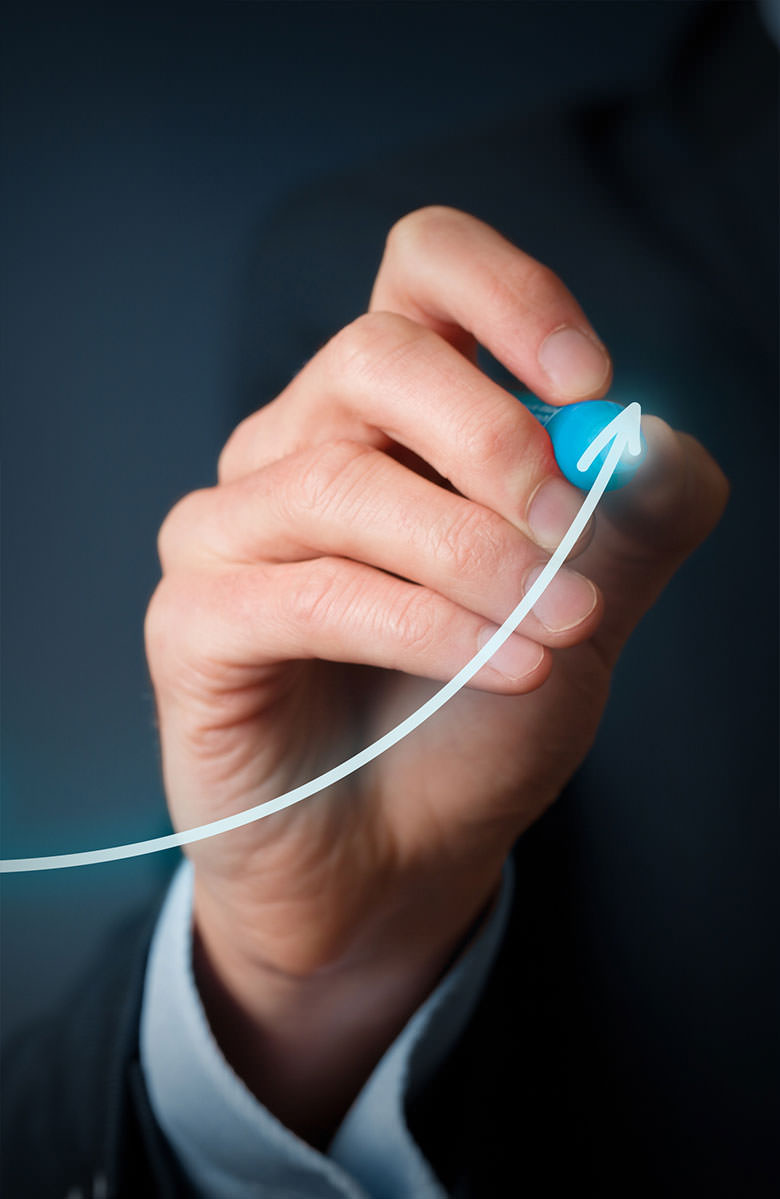 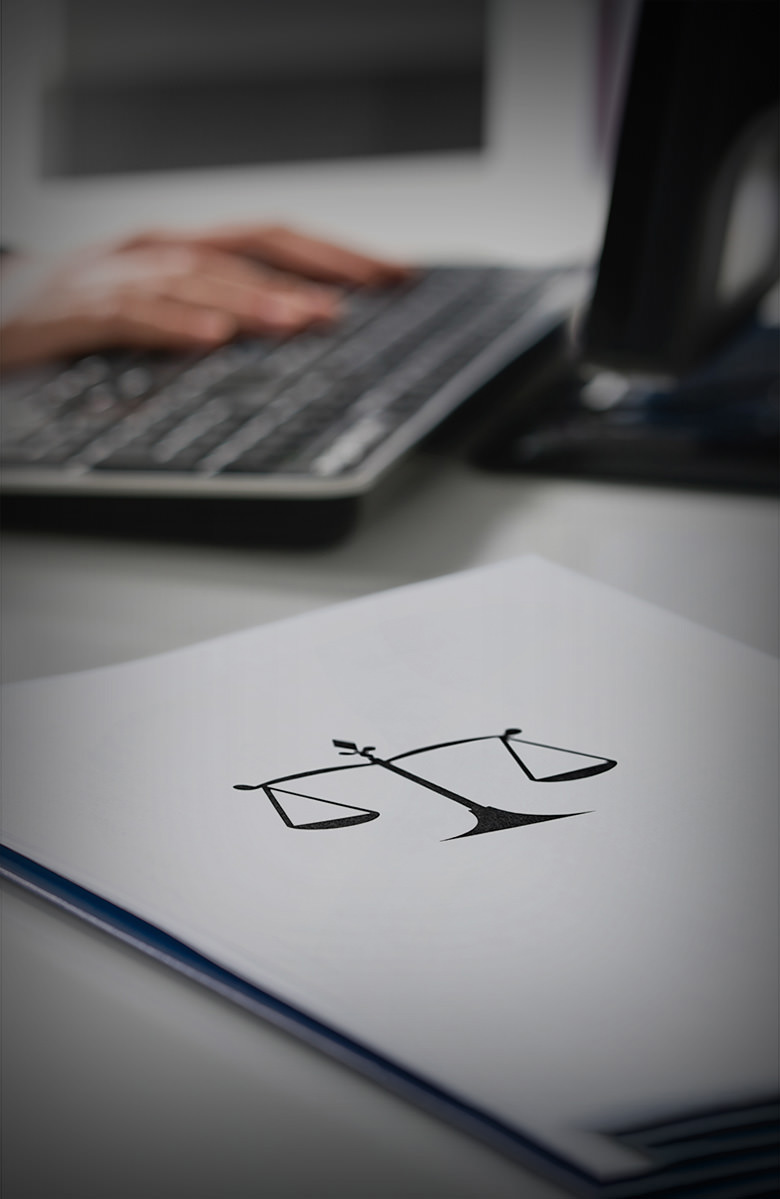 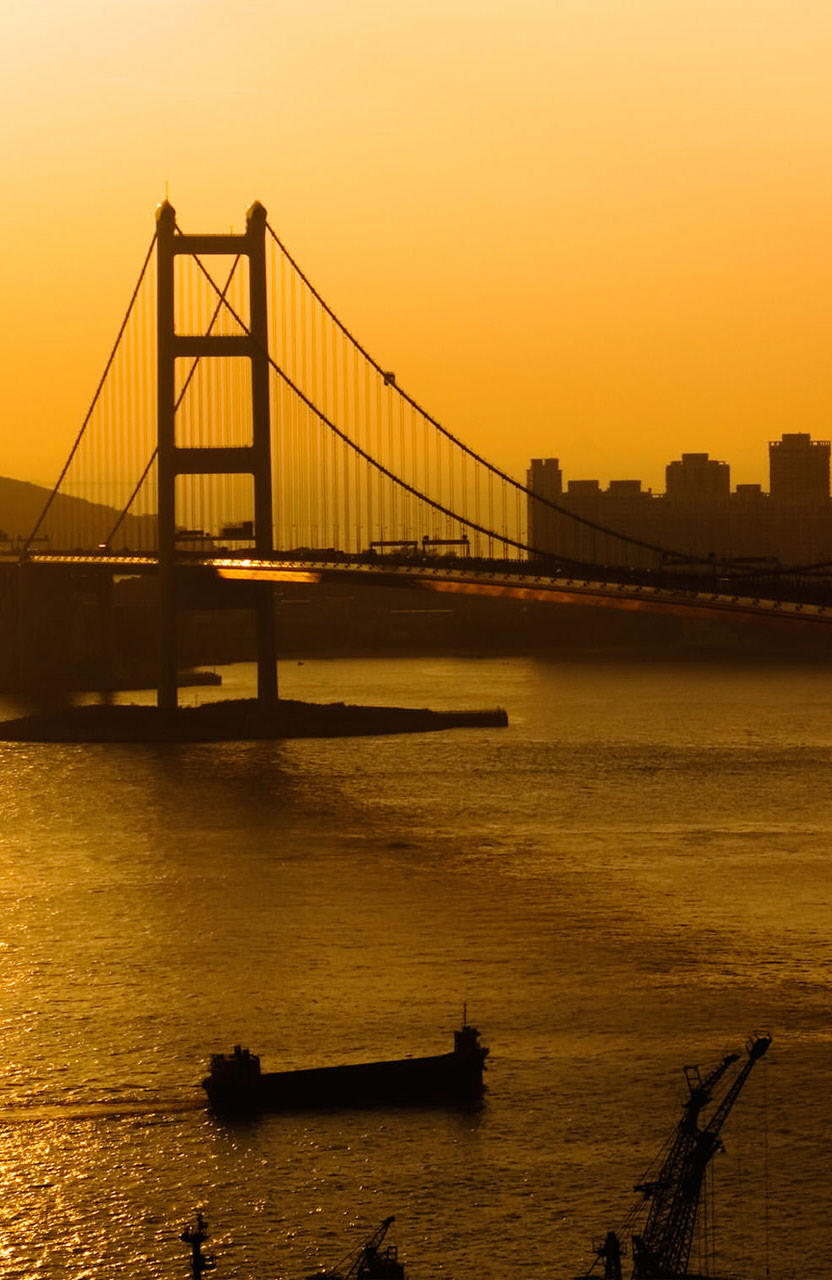 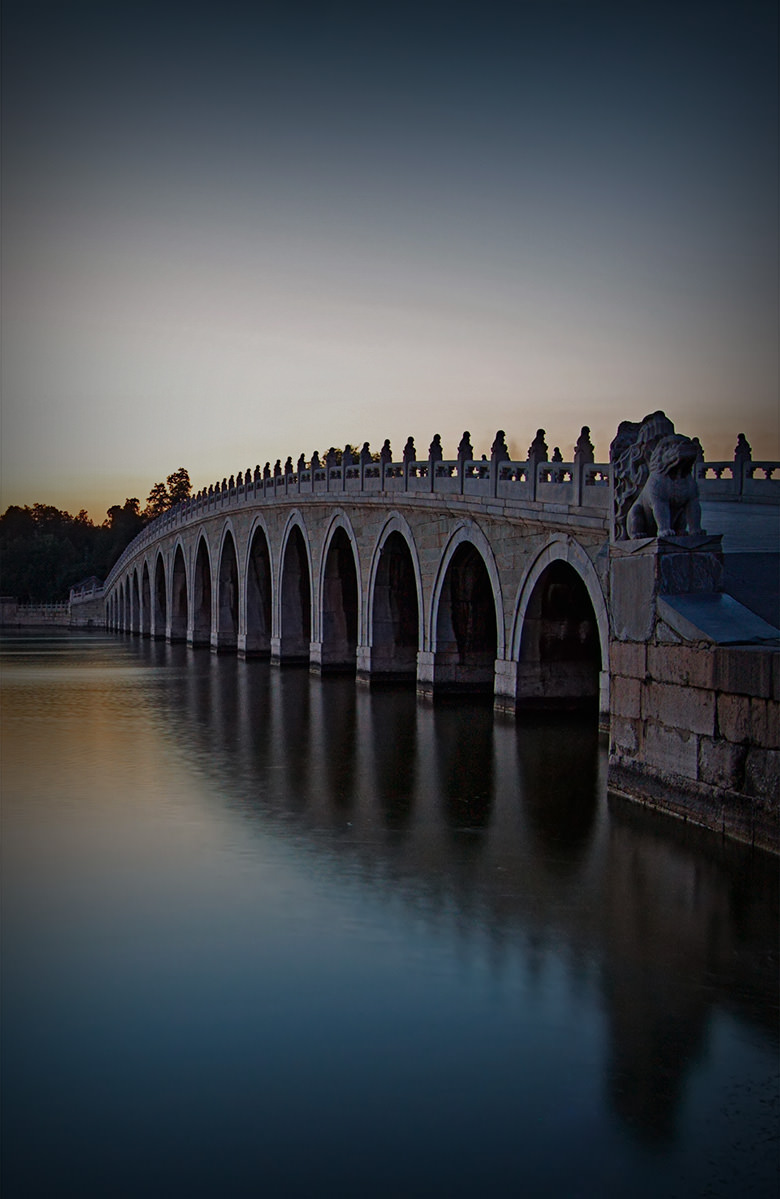 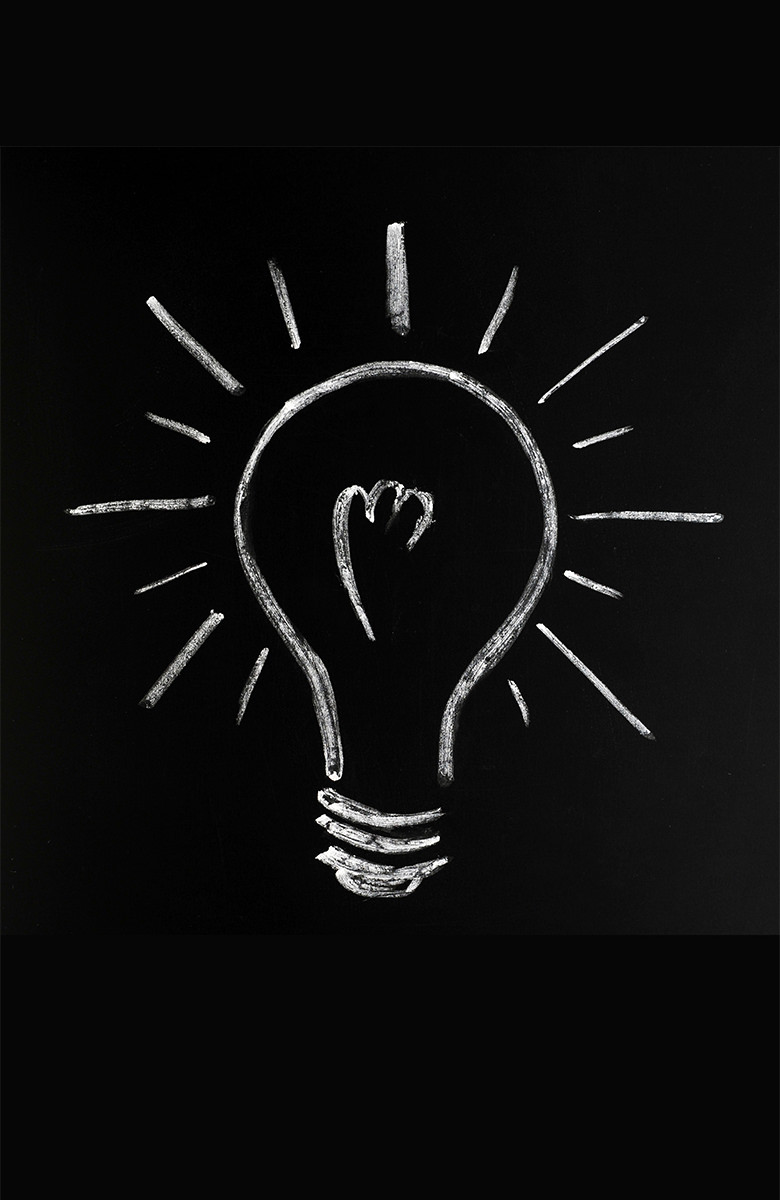 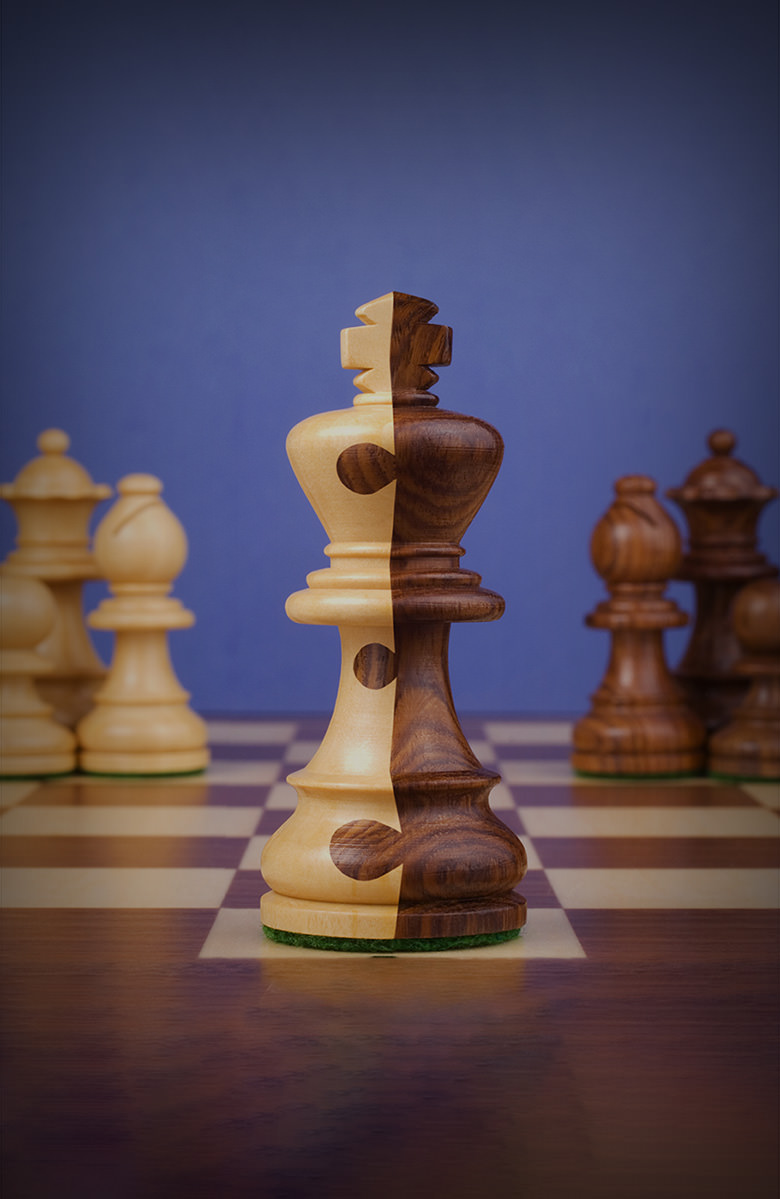 Methods of Obtaining Control of a Hong Kong Public Company

The two main methods of gaining control of a Hong Kong public company are: (i) the making of a contractual offer; and (ii) the entering into of a scheme of arrangement.

A Hong Kong scheme of arrangement is a procedure under which the court can approve arrangements between a company and its shareholders. Hong Kong companies generally use a scheme of arrangement in order to privatise the company. This will generally involve the cancellation of all the target company’s shares (other than those held by the bidder) in return for cash or non-cash consideration from the buyer. This will be followed by the target company’s shares being de-listed from the Hong Kong Stock Exchange.

Hong Kong hostile bids are fairly unusual. This is due in part to the fact that many Hong Kong listed companies are family-controlled which makes the prospect of a successful hostile takeover less likely.

The Hong Kong Takeovers Code is a voluntary code which depends on the willingness of market participants to comply with it rather than the law to enforce it. It is administered by the Executive Director (the Executive) of the Corporate Finance Division of the Securities and Futures Commission (Hong Kong SFC), the Hong Kong Securities regulator, and operates principally to ensure fair and equal treatment of all shareholders in relation to takeovers. Anyone in breach of the Code may be subject to the Hong Kong SFC’s private reprimand, public censure, issuance of a public statement which involves criticism, disciplinary action or suspension.

The Hong Kong Takeovers Code applies to takeovers and mergers affecting public companies in Hong Kong and companies with a primary listing of their equity securities in Hong Kong. In determining whether a company is a ‘public company’ in Hong Kong, the Executive applies an economic or commercial test, taking into account, primarily, the number of Hong Kong shareholders and the extent of share trading in Hong Kong. Other factors which the Executive will consider are the location of the head office and place of central management, the location of the business and assets, and the existence or absence of protection for Hong Kong shareholders under any statute or code regulating takeovers and mergers outside Hong Kong.

A general offer is an offer by the offeror (Offeror) and persons acting in concert with him, open to all the shareholders of the offeree company (Offeree), to purchase shares from those shareholders. Any person make a voluntary offer by compliance with substantive, procedural and disclosure requirements of the Hong Kong Takeovers Code provided that the consequences of such offer does not trigger a mandatory offer or the creeper provision. Unlike a Hong Kong mandatory offer under Rule 26 of the Hong Kong Takeovers Code, a voluntary offer provides the Offeror with flexibility in structuring the takeover transaction and may incorporate any conditions except conditions which depend on the Offeror’s own judgment or the fulfillment of which is in his control or at his discretion (Rule 30.1). Otherwise, the offer is merely a sham as the Offeror can withhold fulfilling the conditions in order to make the offer lapse.

Except with the consent of the Executive, sought by filing an application (with an application fee), all offers, except partial offers made under Rule 28, must be conditional upon the Offeror having received the acceptance of shareholders, whose shares, together with shares acquired or agreed to be acquired before or during the offer, will result in the Offeror and persons acting in concert with it holding more than 50 per cent. of the voting rights of the Offeree (Rule 30.2). This is commonly referred to as the ‘acceptance condition’ in Hong Kong.

A voluntary offer in Hong Kong may be made conditional upon an acceptance level of shares carrying a higher percentage of the voting rights (70 per cent. of the voting rights, for example) failing which the Offeror is entitled to withdraw the offer. However, when setting the acceptance level, the Offeror is reminded to observe the requirement of the HKEX Listing Rules that a specified percentage of a listed company’s securities must be in public hands. For both Main Board and GEM listed companies, that percentage is 25% unless the Hong Kong Stock Exchange agreed to a lower percentage on initial listing.

A voluntary offer in Hong Kong may not normally be made at a price that is at a discount of more than 50% to the Offeree shares’ market price (being the lesser of the closing price of the shares on the day before the announcement of a firm intention to make an offer under Rule 3.5 and the 5 day average closing price prior to such day). This provision was introduced to prevent so-called ‘low-ball’ or ‘one cent’ offers being used to frustrate the Offeree’s business where there is no genuine intention to seek control.

If an Offeror, or any person acting in concert with it, has purchased shares in the Offeree (i) within 3 months before the start of the offer period (or earlier in the case of purchases from directors or connected persons) or (ii) during the period between the start of the offer period and the announcement of a firm intention to make an offer under Rule 3.5, the offer must be on no less favourable terms than those applying to that purchase (Rule 24.1(a)). An offer period commences on the making of an announcement of a proposed or possible offer.

Under Rule 26 of the Hong Kong Takeovers Code, the Offeror must make a Hong Kong mandatory offer to all the Offeree’s shareholders in the following circumstances, unless a waiver is granted by the Executive:

(i)  when any person (or two or more persons acting in concert) acquires, whether by a series of transactions over a period of time or not, 30% or more of the voting rights of a company;

(ii)  when any person (or two or more persons acting in concert) holding not less than 30% and not more than 50% of the voting rights of a company, acquires additional voting rights that increase his or their holding of voting rights by more than 2% from the lowest percentage holding by that person (or the concert group) in the preceding 12 month period. This is commonly referred to as the ‘creeper’ provision.

The Hong Kong Takeovers Code empowers the Executive upon application, usually by the lawyer or the financial adviser on behalf of the Offeror, to waive the requirements of Rule 26 in special circumstances.

When the issue of new securities as consideration for an acquisition, or a cash subscription, or the taking of a scrip dividend, would otherwise result in an obligation to make a general offer under Rule 26 of the Hong Kong Takeovers Code, the Executive will usually waive the obligation if the whitewash waiver and the underlying transaction(s) are separately approved by at least 75% and more than 50% respectively of the independent vote that are cast either in person or by proxy at a shareholders’ meeting. Independent vote means a vote by shareholders who are not involved in, or interested in, the transaction in question. However, the Executive will not normally grant a waiver if:

The Executive may also waive the requirement for a person to make a general offer where the company is in such a serious financial position that the only way it can be saved is by an urgent rescue operation which involves the issue of new securities without approval by a vote of independent shareholders or the acquisition of existing securities by the rescuer which would otherwise fall within Rule 26 of the Hong Kong Takeovers Code and normally require a general offer. Particular attention will be paid to the views of the directors and the advisers of the potential offeree company.

The Executive will not normally require a person to make a general offer under Rule 26 of the Hong Kong Takeovers Code if the obligation to do so results from an inadvertent mistake, provided that the person disposes of sufficient voting rights within a limited period to unconnected persons.

A waiver will normally be granted where a shareholder, who together with persons acting in concert with him holds 50% or less of the voting rights of a company, places some of his shares with an independent person and then, as soon as practicable, subscribes for new shares up to the number of shares placed at a price substantially equivalent to the placing price less expenses.