Circular 75 defined “round-trip investment” as the acquisition of domestic equity or assets through an SPV by:

Circular 10 allows new or existing shares in an overseas company (including an SPV) to be used as consideration for acquisition of a Chinese company’s shares if certain requirements are met:

Chinese co or its shareholders must engage an M&A consultant registered in China to conduct due diligence as to accuracy of application documents, the financial status of overseas company and compliance with M&A Rules

Central MOFCOM approval required for a transaction which results in foreign investors acquiring actual control of a Chinese enterprise and which:

Circular 10 contains antitrust provisions requiring a foreign investor’s acquisition of a Chinese company which gives rise to antitrust issues to be reported to MOFCOM if certain thresholds met:

New system set out in 2 sets of provisions:

For M&A of Chinese enterprises in category (2) above, transaction only requires national security review if foreign investor would acquire “actual control”

Foreign investor will acquire actual control if it becomes the controlling shareholder or de facto controller of the Chinese enterprise, which it will do in following circumstances:

(Contrast under M&A Rules: MOFCOM clarified in December 2008 guidance that a foreign investor’s purchase of equity of an existing FIE is not subject to the M&A Rules)

Relevant Factors in the Security Review

Circular 53 makes clear that in determining whether an M&A transaction should be the subject of a national security review, MOFCOM will look at the substance and actual impact of the transaction, rather than just its form

Specifies that foreign investors should not seek to avoid national security review process by any means, including, without limitation, use of nominee shareholding structures, trusts, multi-level investment and reinvestment structures, leases, loans, contractual control arrangements and offshore transactions

The national security review process can be commenced in one of 3 ways:

Prior to filing an application, foreign investor may request a meeting with MOFCOM to discuss procedural issues but results of discussion not binding on MOFCOM

The preliminary national security review of an M&A transaction involving a foreign investor is carried out by Central MOFCOM. The new regime also established an inter-ministerial panel (the “Ministerial Panel”) led by the State Council with responsibility for substantive and final review

Recent views of the HKSE: Listing Decision 43-3 revised in August 2012 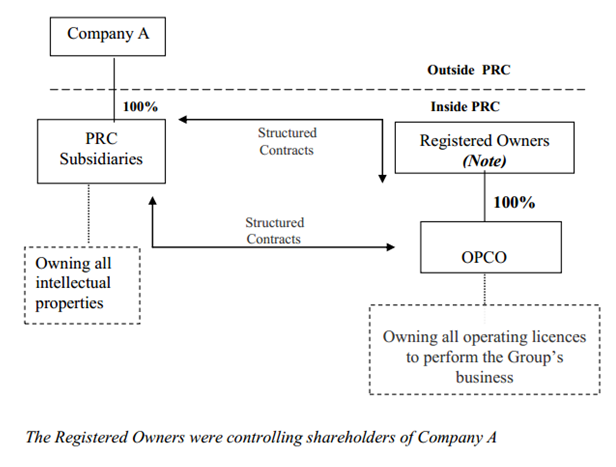 The 2010 State Council Opinions confirmed that the Foreign Investment Catalogue would be revised to encourage foreign investment in:

Foreign investment in high polluting and high-energy-consuming projects or in industries already suffering from overcapacity, would be restricted

Improvements to the Investment Environment for Foreign Investors

Compared to the 2007 catalogue, the New Catalogue :

Encourage transformation and upgrading of the manufacturing industry

Promotion of the development of service industries

Relationship with other industrial policies and Bilateral Treaties

FDI made in RMB subject to the same rules and regulations governing foreign investment as investments made in foreign currencies, including the requirement for approvals from Central MOFCOM or its provincial counterparts

Additional documents to be submitted for RMB FDI are:

Relaxation of withholding tax on earnings of foreign companies